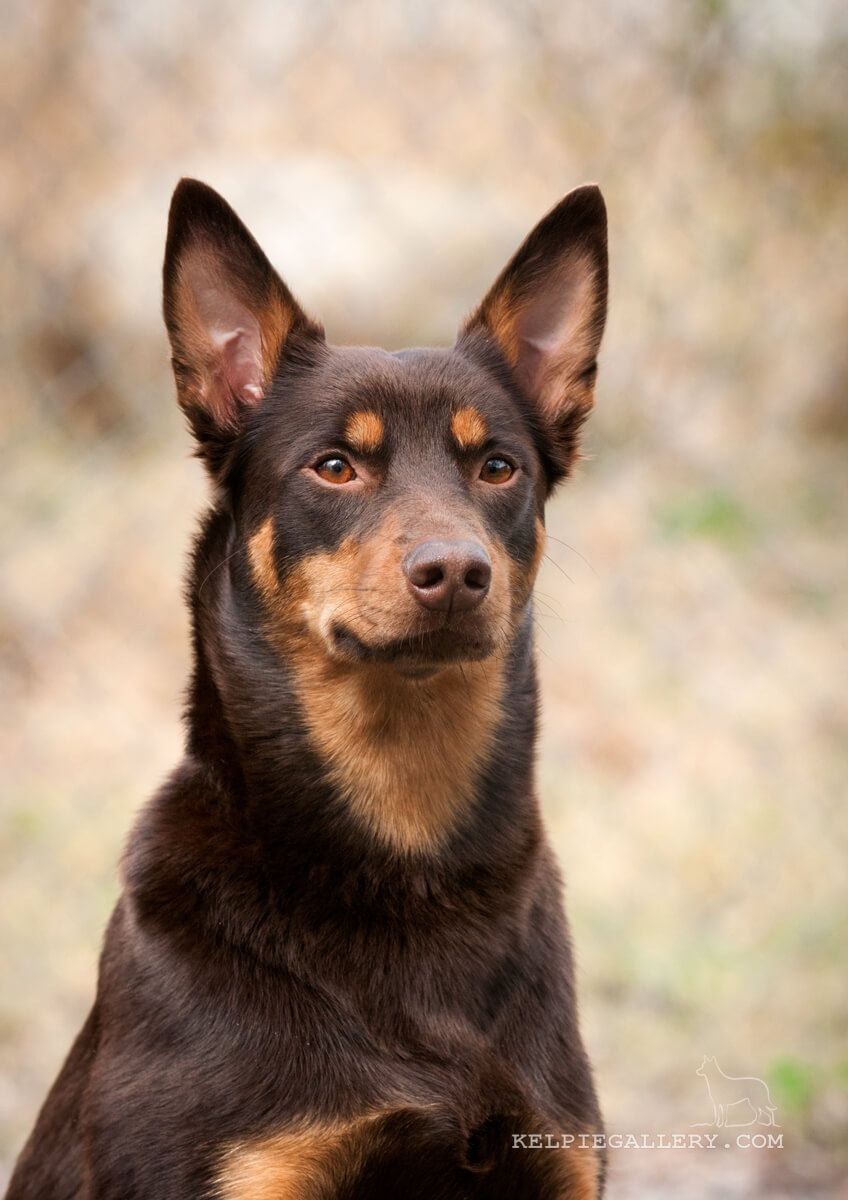 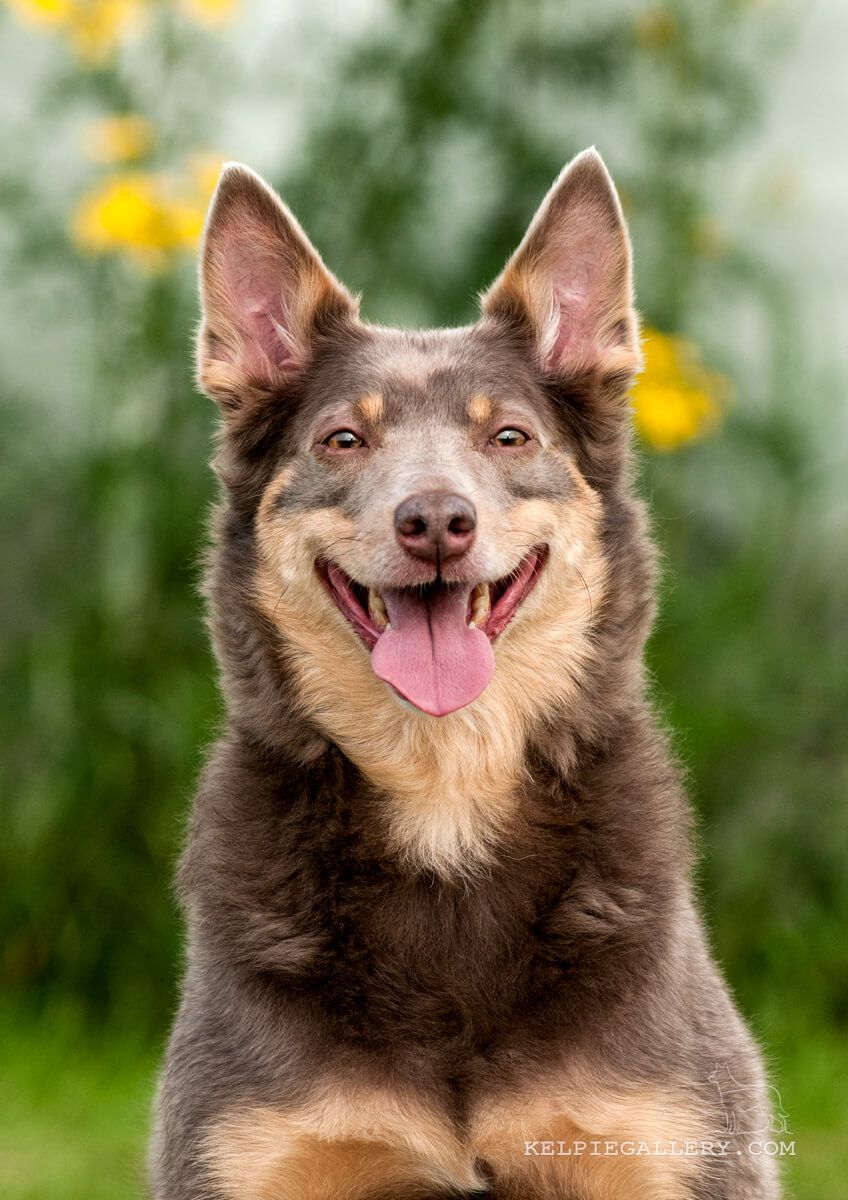 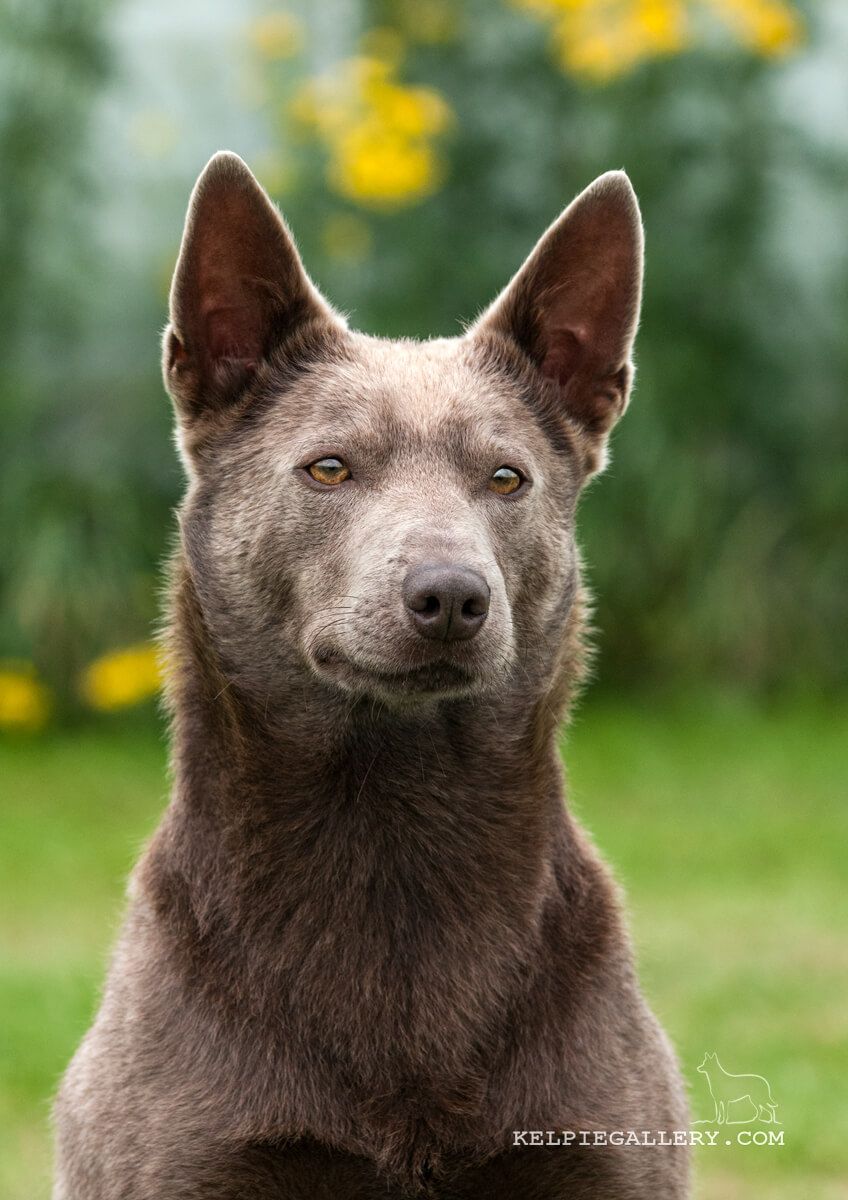 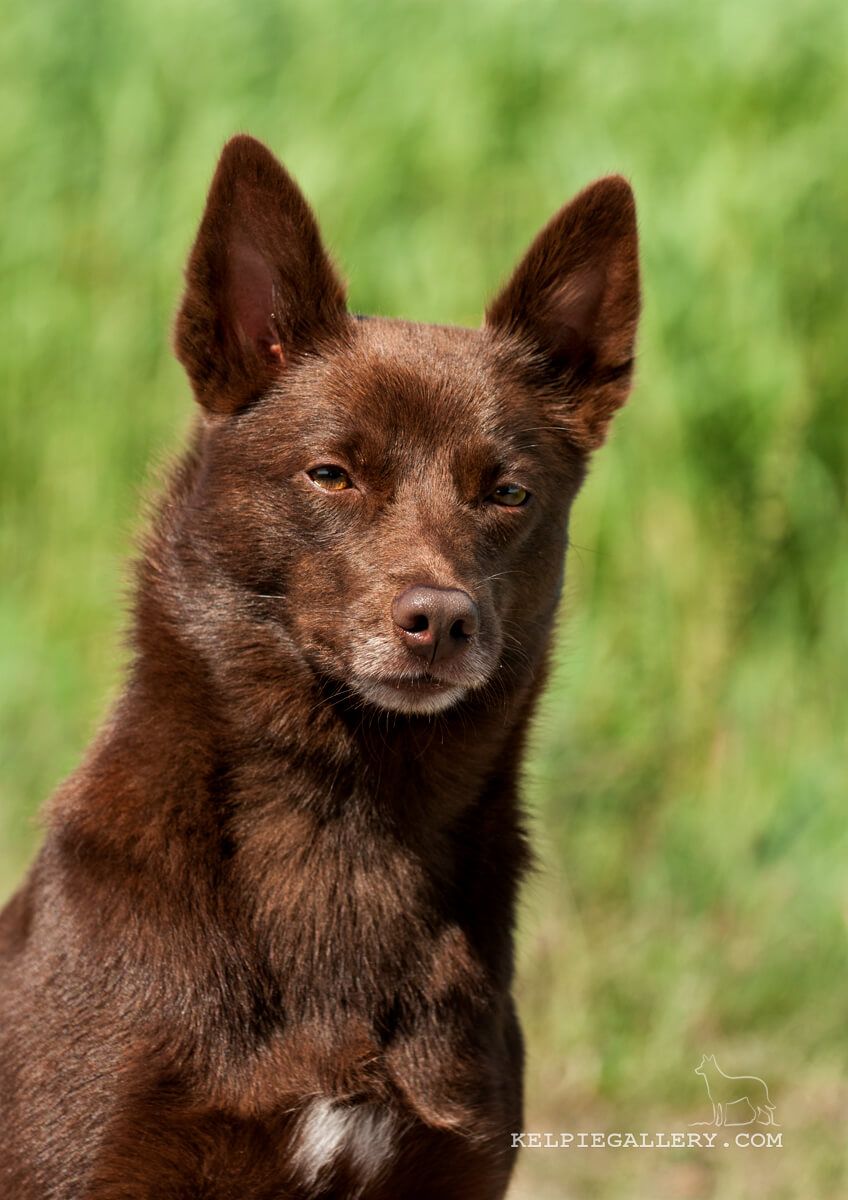 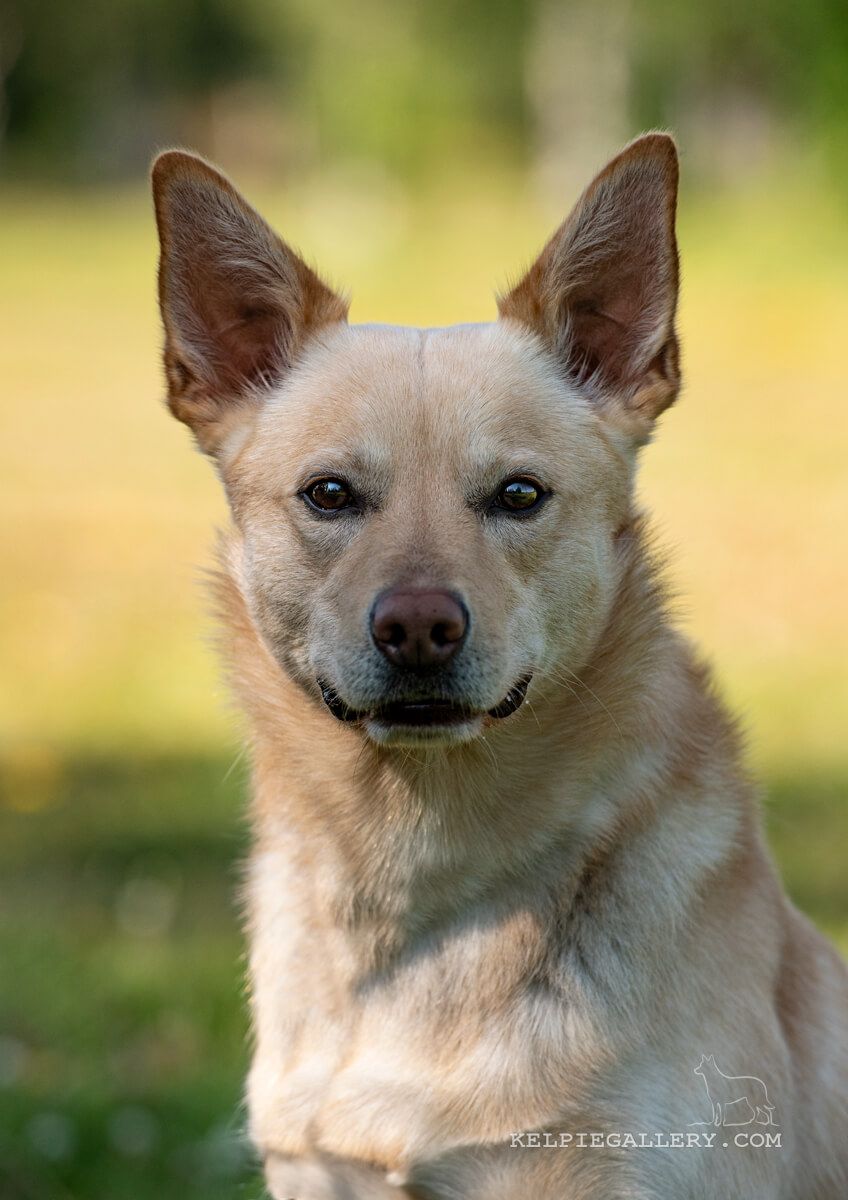 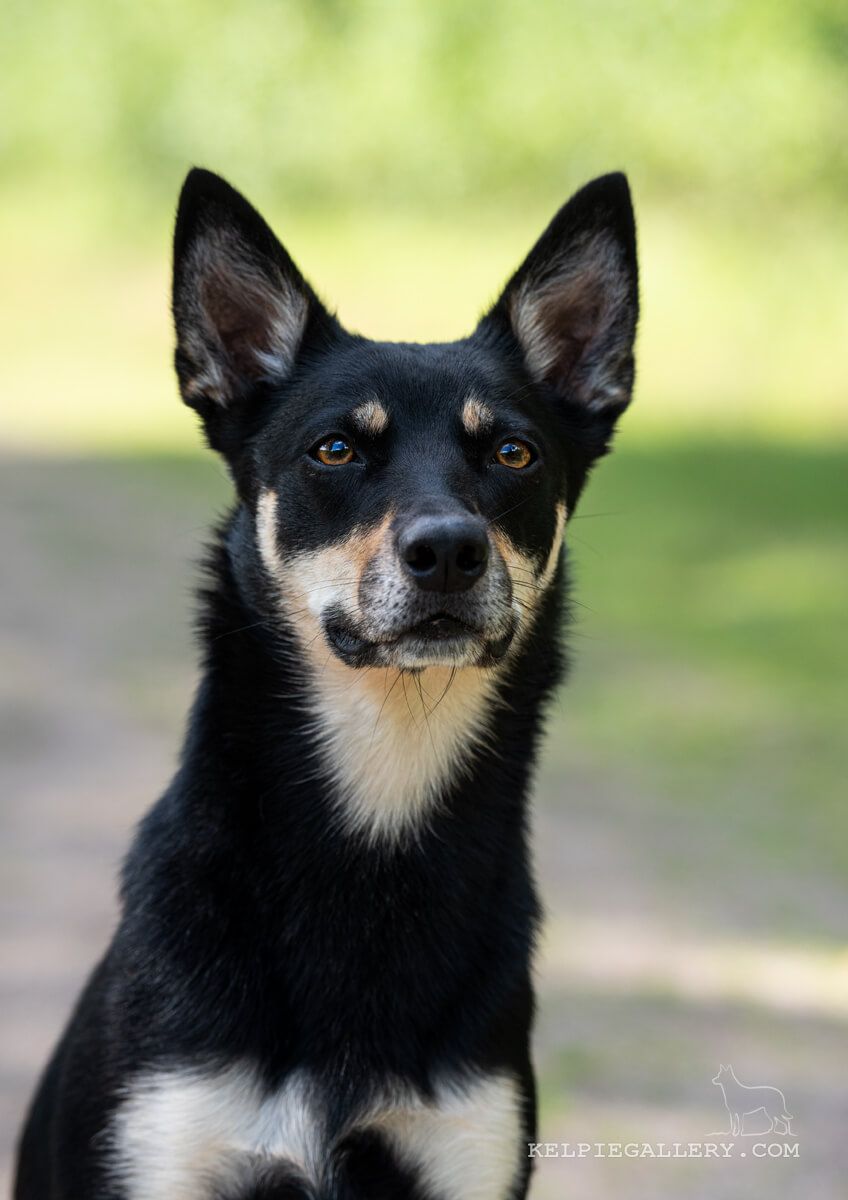 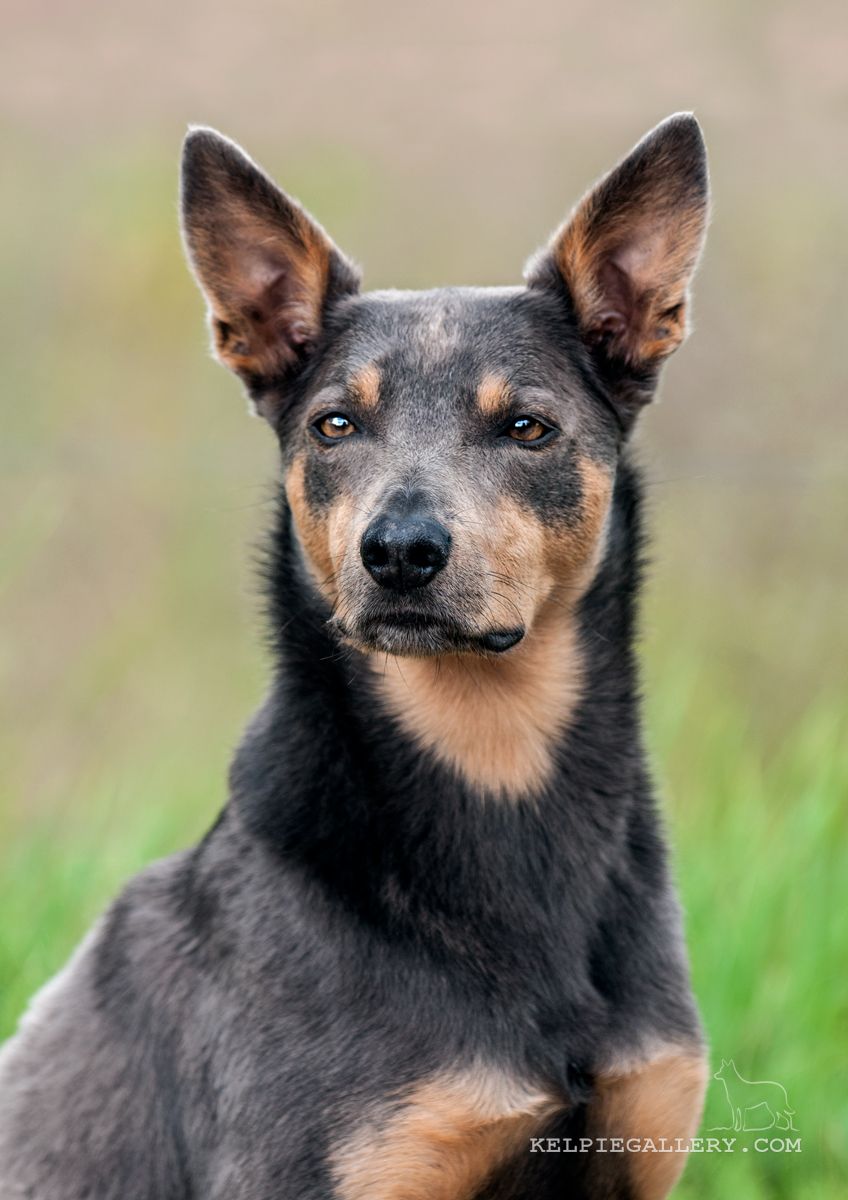 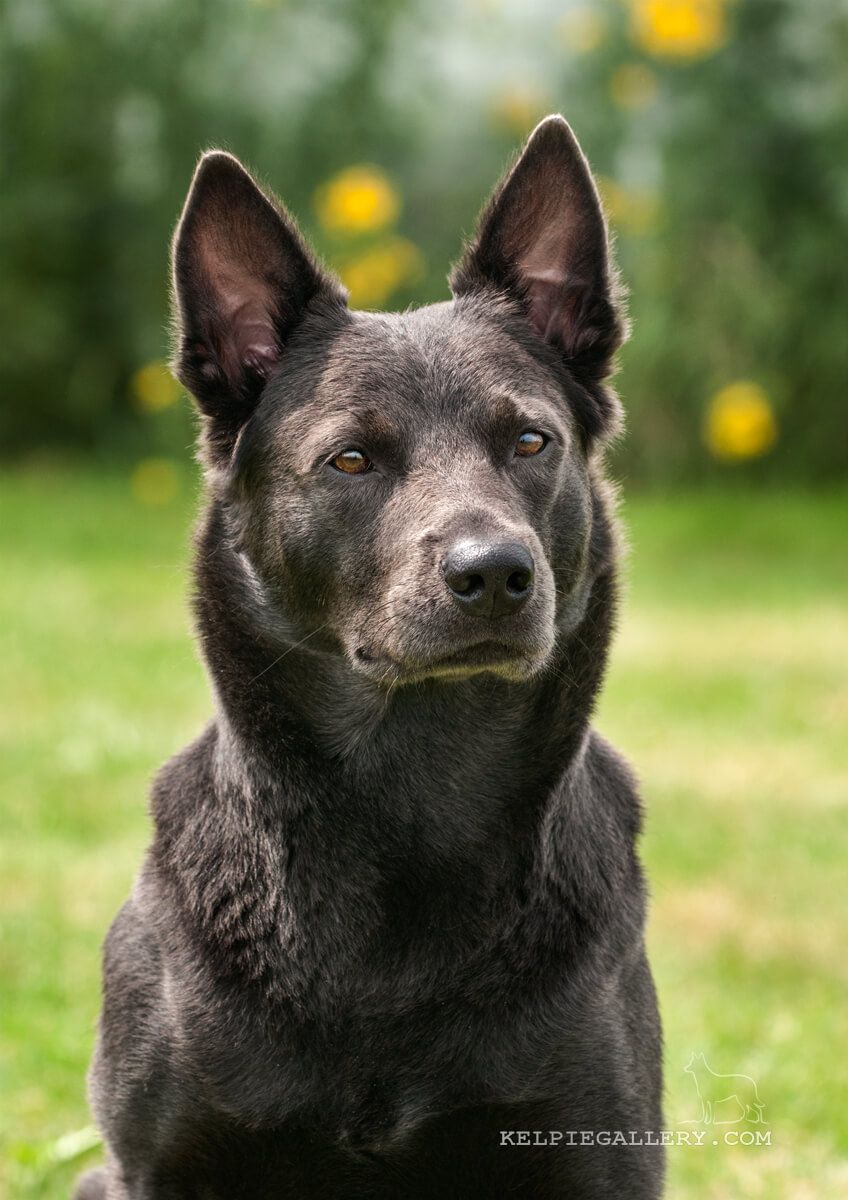 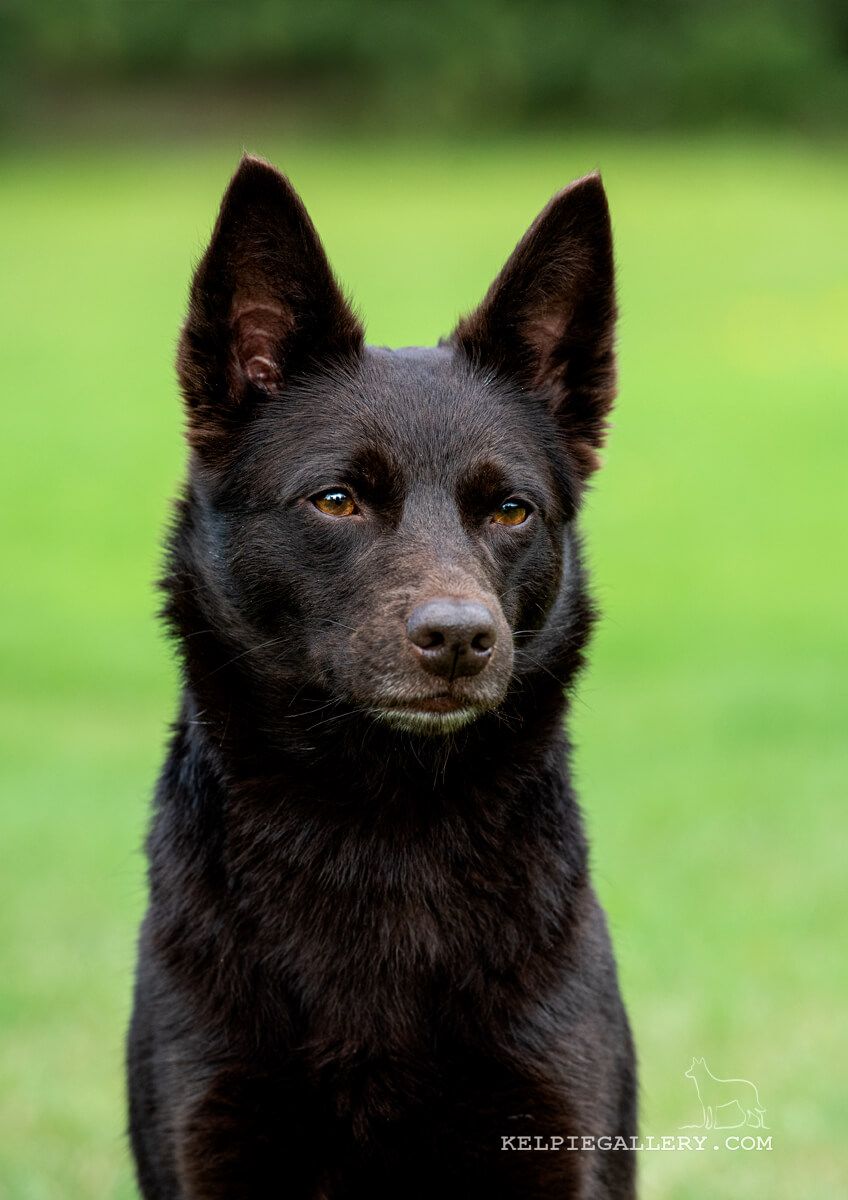 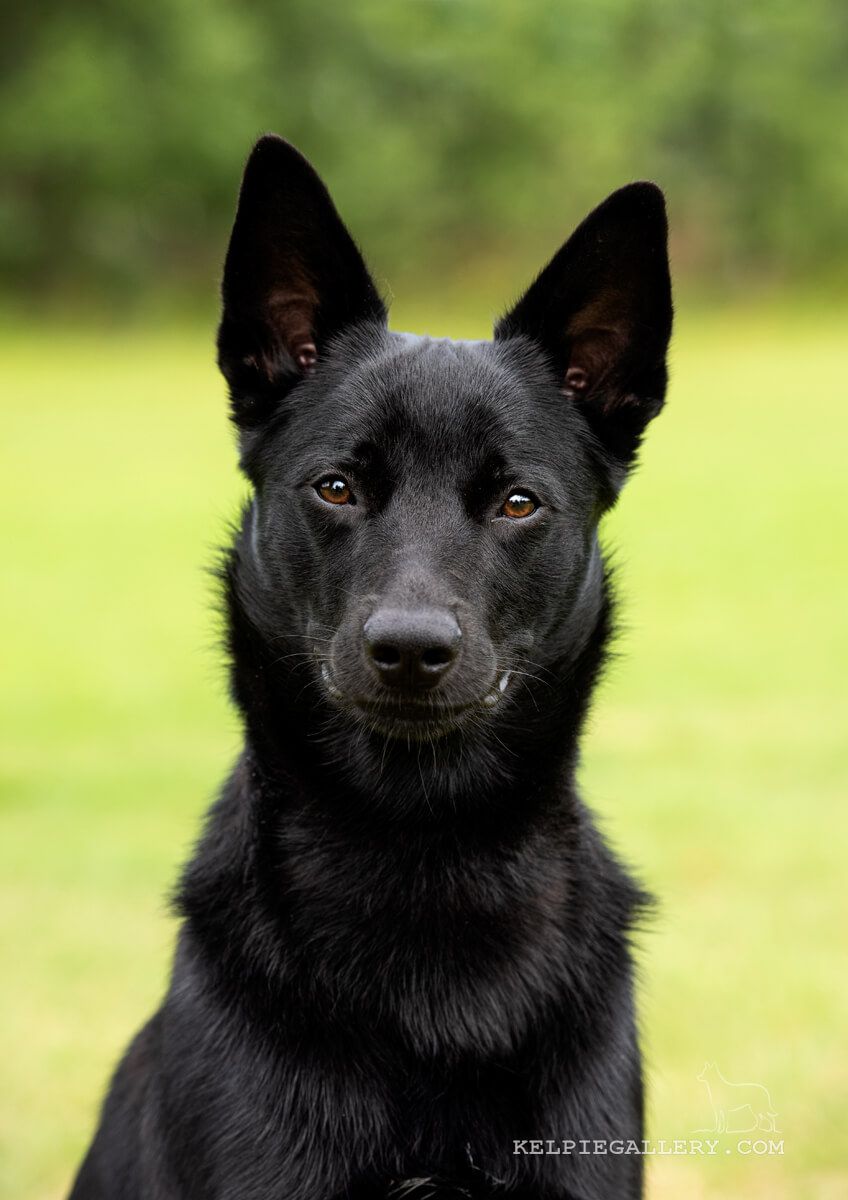 Black
The colours of the Kelpie
There are ten possible colour variants,
but only seven are accepted in the breed standards of the Australian Kelpie.
The most common colours in this breed are black and brown. It may also be grey and beige, and black or brown with distinctly lighter areas on specific parts of its body. A commonly recognised list of acceptable colours in the Australian Kelpie are black, chocolate brown, red, smoke blue, fawn, black and tan, and red and tan. Two other colours exist, but are not accepted with FCI or ANKC breed standards for the Australian Kelpie, are fawn and tan and blue and tan.

Yet another variant is a cream colour appearing in different shades. Genetically it is the same colour as in the yellow Labrador Retriever. This colour is very unusual in the Working Kelpie and even less common in the Australian Kelpie, and the colour is not accepted according to the breed standards.

Sometimes there is confusion when a litter of puppies have colours which neither of their parents have. However, what seems to be random acts of nature, actually follows strict laws of nature. It is all about genetics, the science of hereditary. On the following pages I will explain the different colours appearing in both the Australian Kelpie and the Working Kelpie, and also the heritability of these colours. If I only write “Kelpie” that includes both breeds.
Different name, same genetic colour
Different names are used for a colour which among many dog breeds genetically is the same. A diluted brown Kelpie is called fawn, while the same colour is called isabella in a Doberman Pincher, and lilac in a Border Collie.

A dog genetically recessive red (e/e) is know as cream in the Working Kelpie and the yellow Labrador but is called red or orange in other dog breeds.

The brown colour in the Kelpie is called chocolate or red depending on the intensity of the colour, but genetically it is the same colour. This can sometimes cause some confusion on whether colours are the same of different. It is good to know what name goes with what genetic colour in the Kelpie, as well as other breeds.
Colour series
All colour genes come in sets of two. They have a specific place on each chromosome. Every gene pair with its defined place is called locus and holds two alleles. One allele is passed down from the mother and the other allele from the father.

Every locus and allele is coded with a letter, and each letter affects the colour of the dog’s coat. Upper case letter indicates dominant heredity. It is sufficient with one upper case letter in the gene pair for a colour to appear. A lower case letter indicates recessive heredity and it takes both genes in the gene pair to be recessive for the colour to appear. In other words, a recessive gene may be masked for generations until it is combined with a gene of the same kind and the trait will show up in the offspring.
The colours of the Kelpie are included in the following combinations: 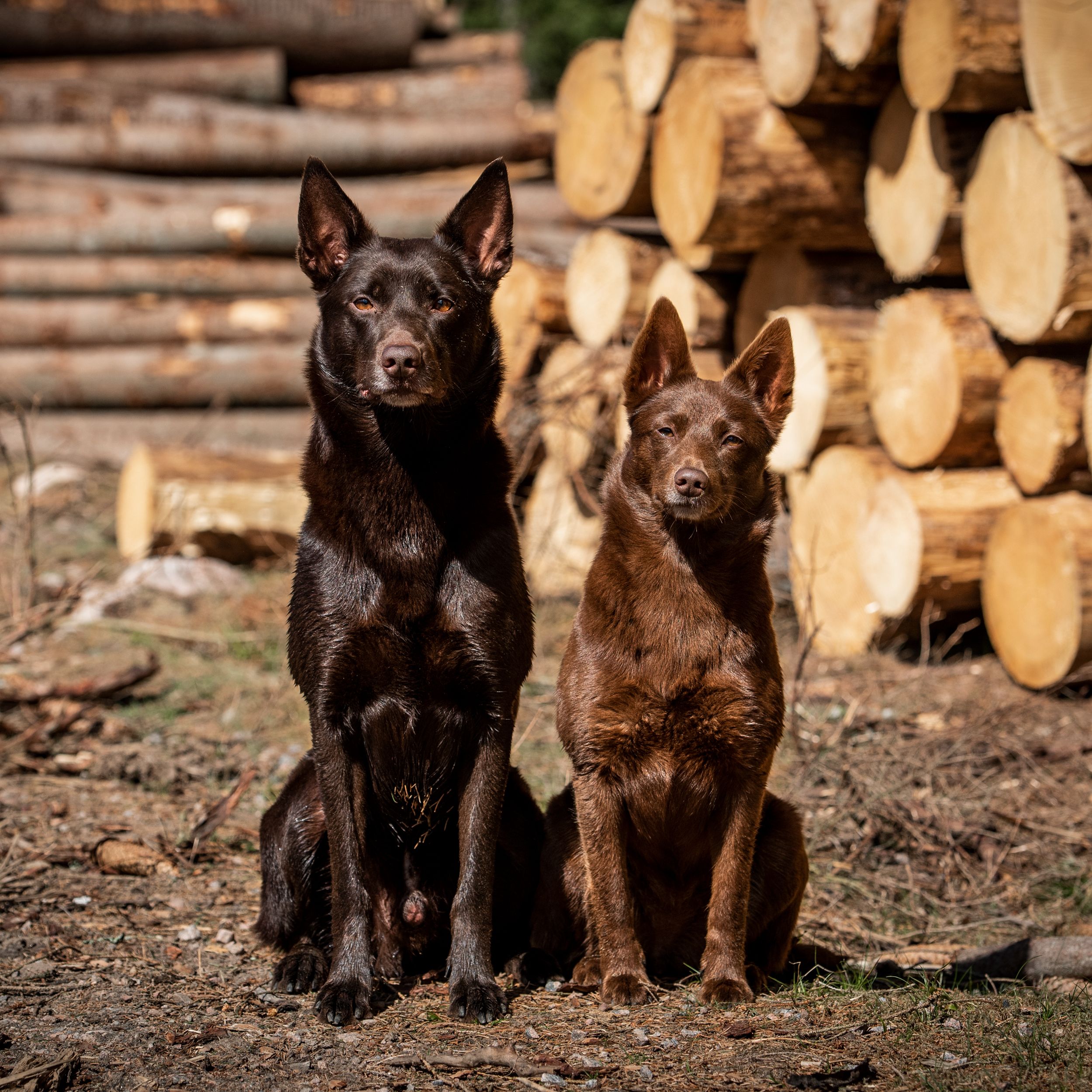 B locus
B = black
b = brown (chocolate and red) 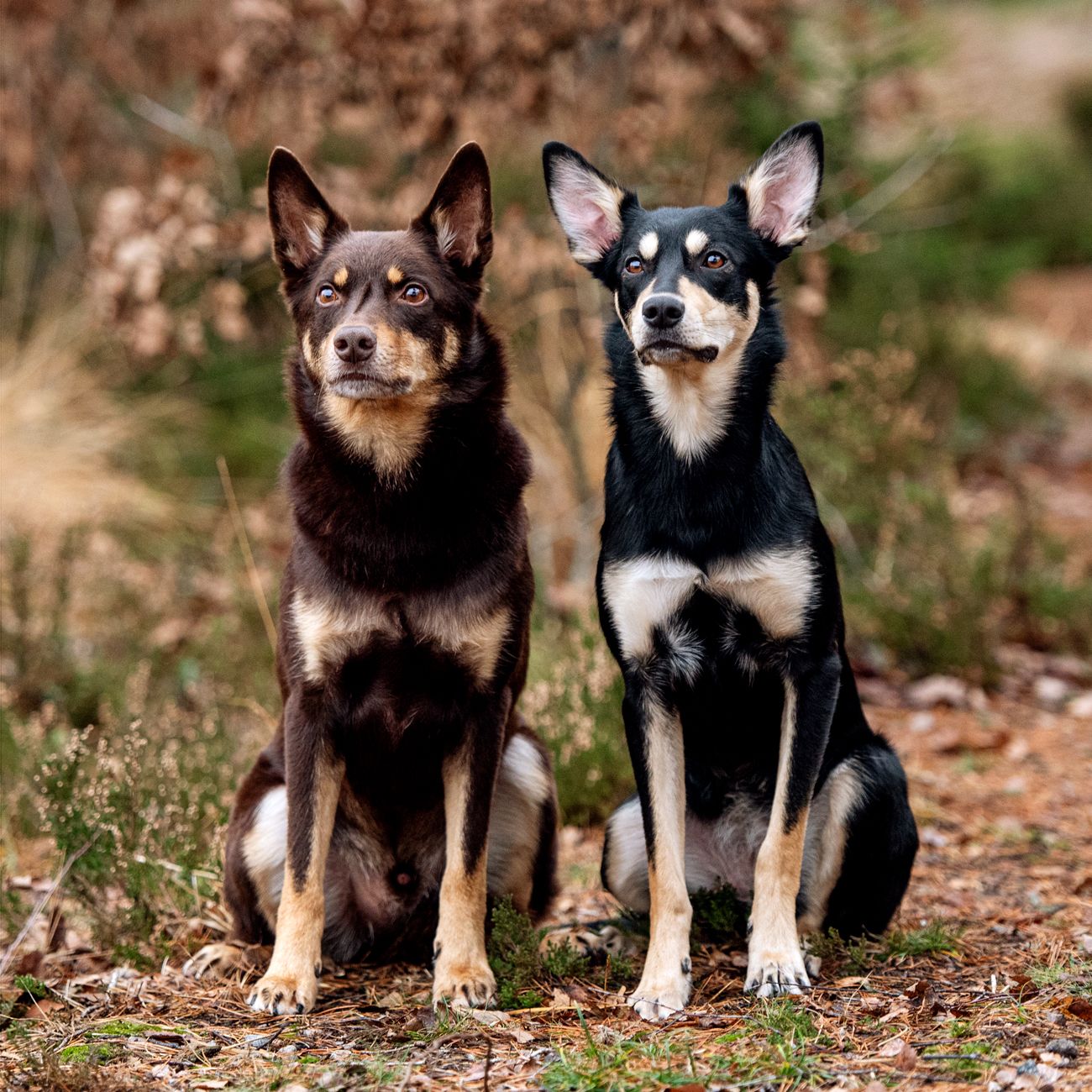 A locus
A = major colour
at = tan points 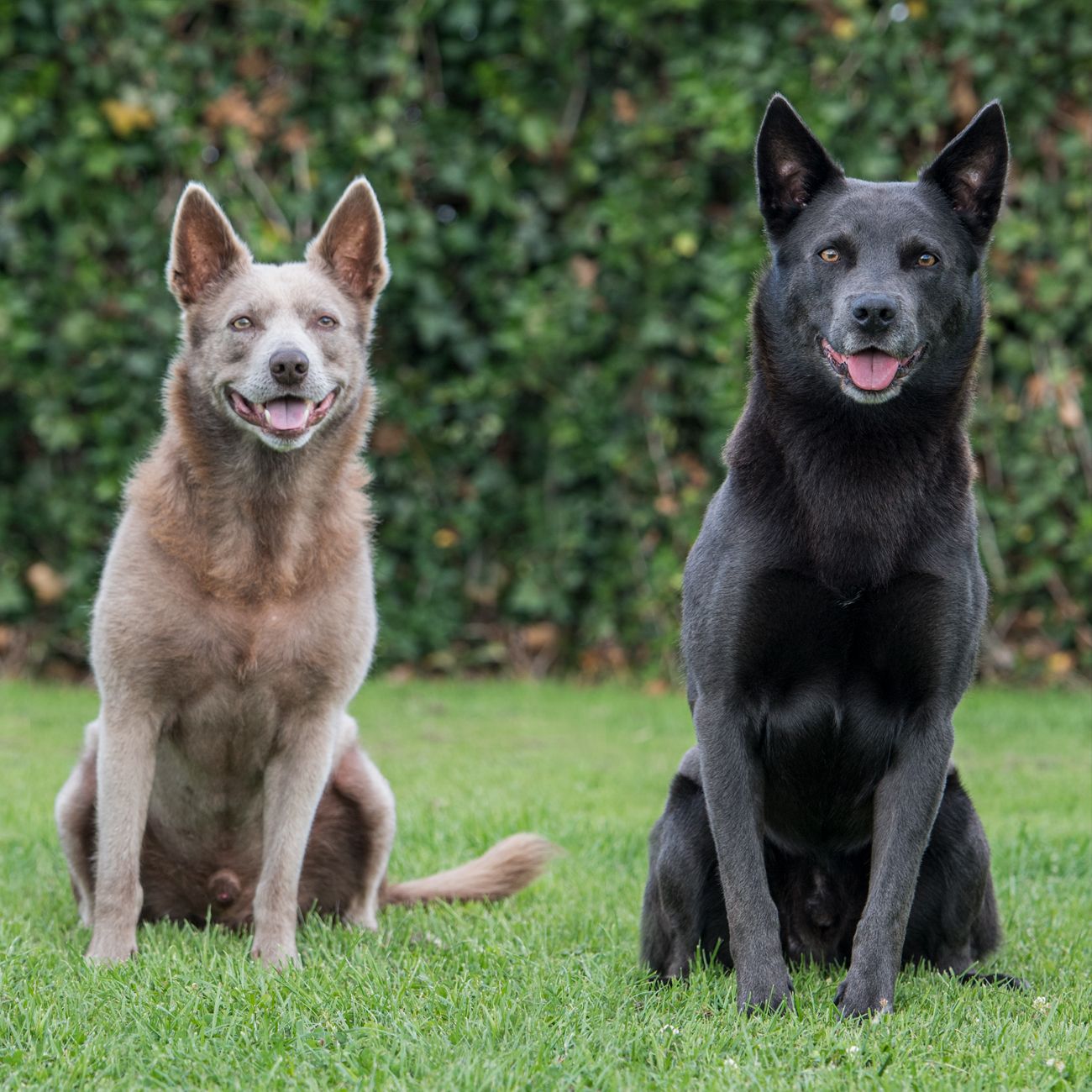 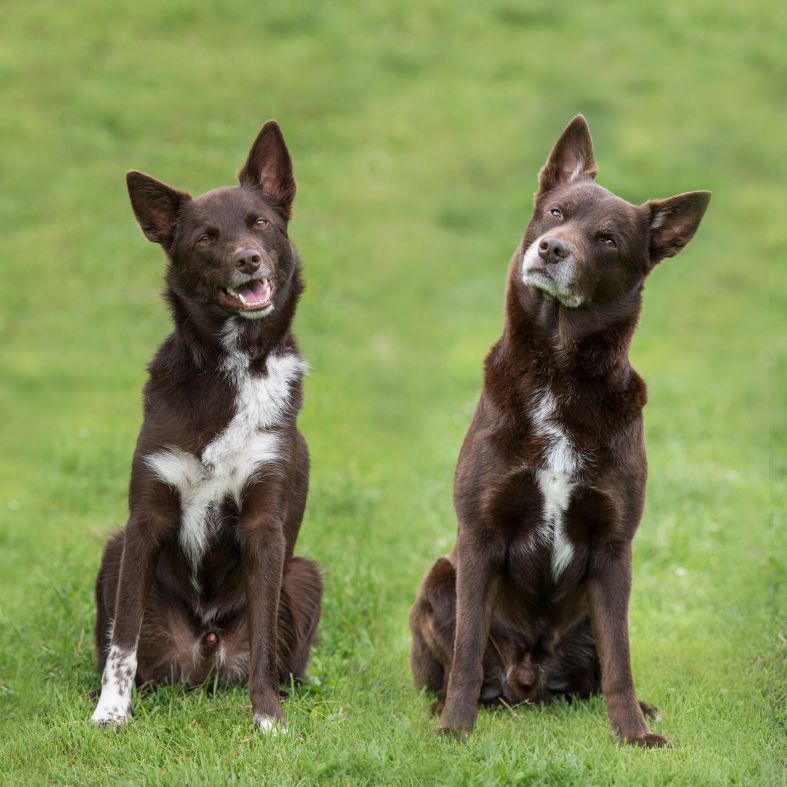 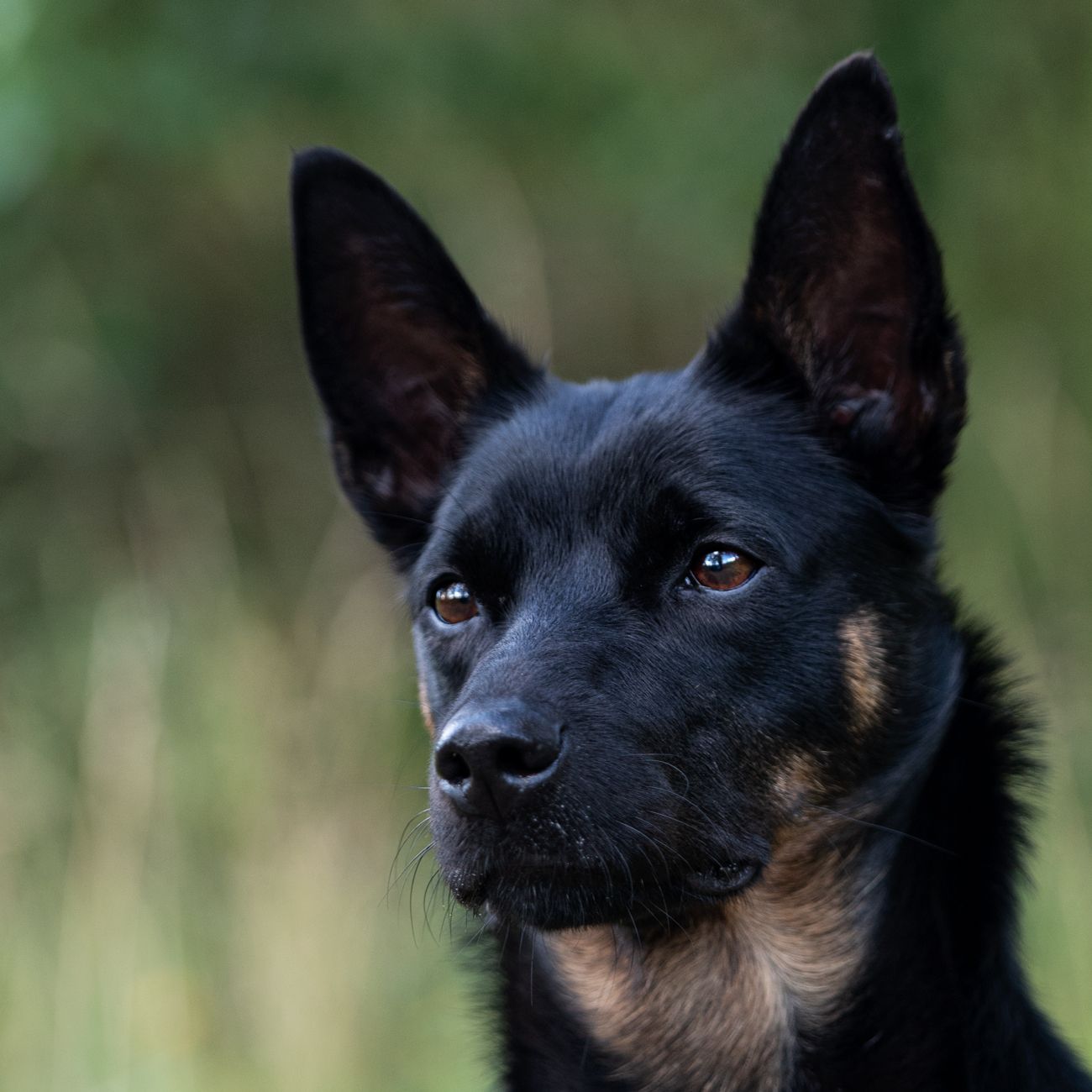 K locus
This gene affects the A locus.
KB = dominant black, solid (no tan points)
n = not carrier of the k gene 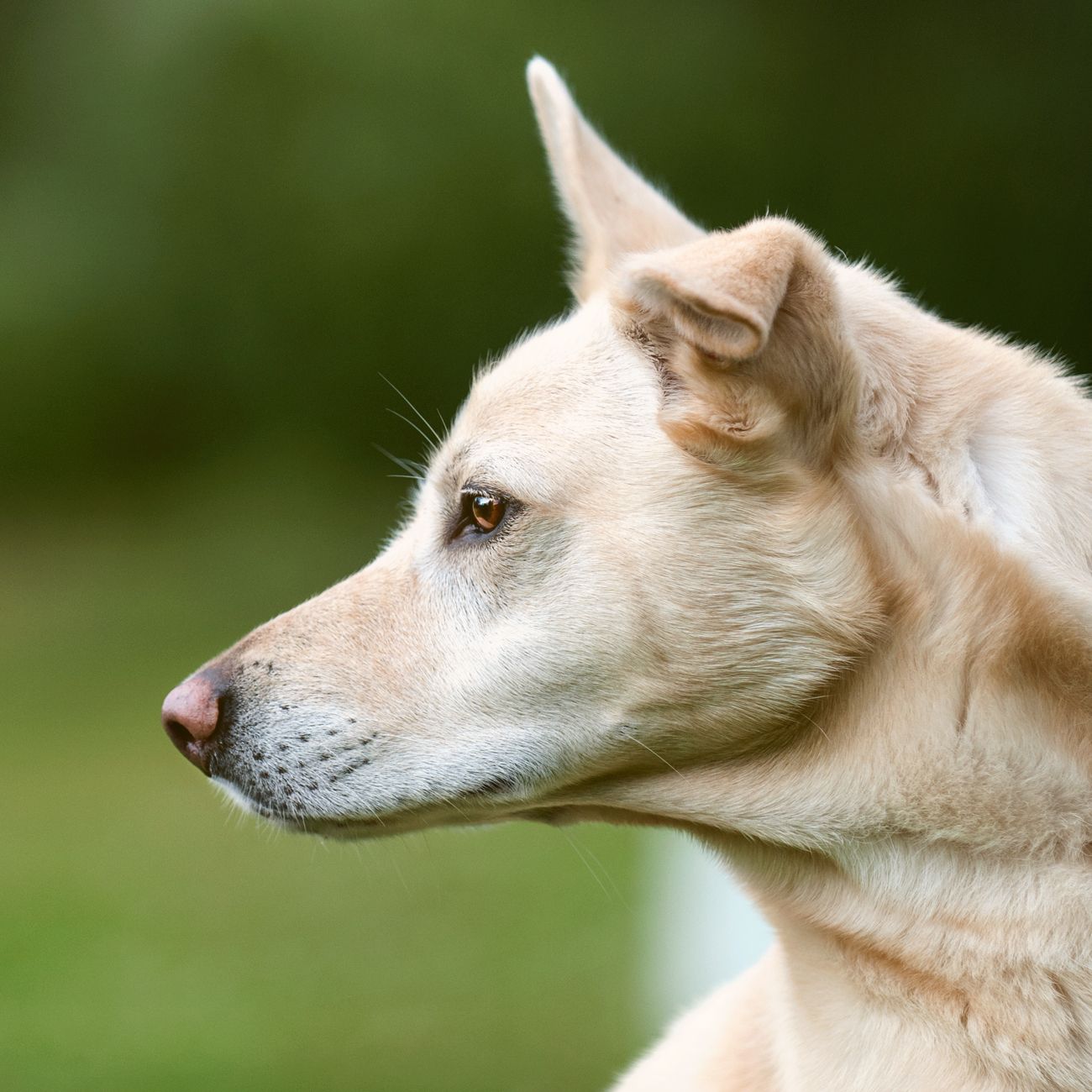